Biodiesel is a liquid fuel that can be blended with traditional petroleum diesel fuel and can be
used as: 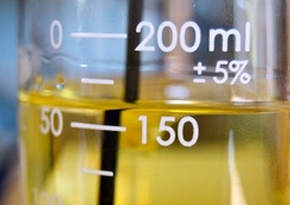 Biodiesel is sometimes also called Methyl Esters or Fatty Acid Methyl Esters (FAME). Biodiesel can be produced from used cooking oil collected from restaurants, or any other vegetable oil or animal fat sources.

Many people may be surprised to learn that when Rudolf Diesel invented the diesel engine in the late 1890s, his early demonstrations of the new engine technology showed that he intended that vegetable oils would fuel it. During the 1900 Paris World Fair, he demonstrated his new engine using peanut oil as fuel. In fact, Diesel predicted that peanut oil would be widely used as a source of fuel as petroleum fuels. Diesel also liked the notion that his new engine could help the farmers and impoverished rural communities. 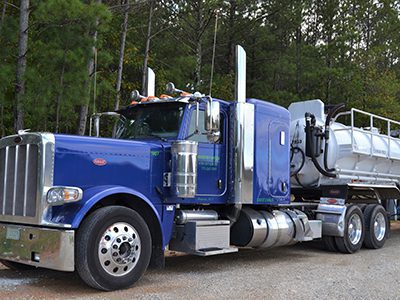 At Clean Energy Biofuels, the used cooking oil we collect from our customers undergoes a chemical process that creates the biodiesel fuel that we use for our trucks and boilers. We recycle everything we collect, from used cooking oil, to grease trap waste, to waste water, and incorporate these materials into our own processes wherever we can.

Biodiesel is sometimes referred to as a biofuel, and is a renewable fuel that – unlike petroleum-derived fuels – can be regenerated in the short timeframe of the photosynthesis cycle of growing a crop, such as soybeans. By contrast, crude petroleum is formed as a result of geological forces over millions of years. Biodiesel is used across the globe. Many nations have passed legislation adopting the use of biofuels blended into petroleum-derived fuels. For example, in the UK, the Renewable Transport Fuel Obligation (RTFO) adopted guidelines to add 5% of biofuels to be added to all road vehicle fuel sources. In the USA, the Energy Policy Act of 2005 (Renewable Fuel Standard) began a trend of renewable fuel used in American vehicles.

What makes Biodiesel so beneficial?

The benefit of Biodiesel is that it is a domestic renewable fuel source that can be produced cost-effectively. The use of biodiesel complements the use of petroleum fuel production, and does not replace it. Use of biodiesel is a smart diversification strategy for our energy sources, and hedges the risk of potential disruptions in the availability of other energy sources.

Biodiesel for a better world.

Biodiesel and renewable diesel are fuels that are approved by all major engine manufacturers to run without engine modifications.

Across the globe, many people have been using biodiesel for decades, and have even adopted renewable practices to abide by as we all work towards a sustainable future.

The most environmentally friendly renewable fuel.

Biodiesel is superior to other alternative sources for many reasons. Its renewability, its ease of production, and its environmental impact make this the best fuel source.